DSS NYC Speakers Weigh In On What Makes Data Effective

Marketing based on theory is no longer a viable option in global commerce.  Clients base their strategies on hard facts, which are inevitably fueled by data.  As a result, data scientists are high in demand at large and boutique media organizations alike and many conversations in the advertising space focus on how these data practitioners can use their skills most effectively to produce optimal results.

How Can We Use Data To Optimize Client Success?

Every novice or seasoned marketer has an opinion on what makes a successful advertising strategy. However, what was once up for constant debate can now be validated or invalidated by data.

“We can use data to show our that our clients’ core audiences display high affinity with other partners,” said Fogelson while sharing some of Viacom’s data strategies. “That fuels our recommendations to our clients and helps us explore how those affinities will play out in the future.”

The ability to quickly discern between customers at the top of the desired market and those who are irrelevant has been amplified by data science - so much so that practitioners are beginning to wonder if there should be a limit to targeting. “I understand that marketing is becoming so granular that brands are looking for people who are 25, live in New York on the Upper West Side, have 2 cats, three roommates and so on,” said Lombardo, “but that is one, impossible and two, it’s a concerning amount of detail to base an advertising campaign around, even if we could find a sample.  Do we really want to be that granular with our segmentations?”

The answer to Lombardo’s question often comes down to resources, as McCallum astutely pointed out: “How many data scientists are you willing to throw at the particular problem of finding such a narrow segment? What is the value of targeting a super-targeted micro-segment?” 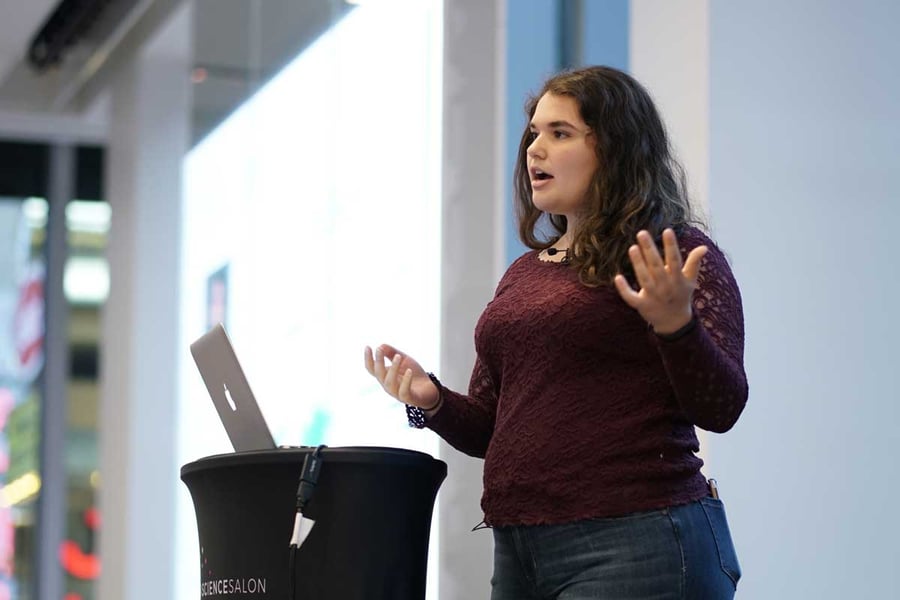 Where Do We Find This Data?

Experts in the advertising industry are beginning to conceptualize the massive impact that data-driven approaches can have on B-to-C and B-to-B transactions.  So the question now becomes, where can firms find the data that will trigger their growth? From focus groups to third-party applications, there are many options for pulling in more data, but then the issue arises of monitoring its quality.

Say that a company succeeded in increasing the scope of its data collection. The next step is to access how useful the data is as it relates to the patterns of live consumers. According to Fogelson’s research, roughly half of all web traffic online now is being formed by bots: “There is an unholy amount of computers online that pretended to be individuals.  Just because you have 10,000 Twitter followers doesn’t mean that you have 10,000 authentic people responding to your content,” he explained.

Though expensive, one way to ensure that critical information comes from actual people is to use panels, a strategy that Nielsen has adopted with confidence. “A lot of Nielsen’s data relies on panels, people that Nielsen has recruited to share their information because they themselves care about accurate representation for the demographic from which they come in society,” said Lombardo.

Advertising may have a while to go in terms of perfectly catering to a given consumer.  But when thinking about the data that is needed to propel development forward, Fogelson has a concrete goal. “If you can get psychographic on people that persists throughout their lives as people as well as state based information such as how they are feeling right now, that’s really the kind of targeting you want to be able to do,” he said.

See talks like this in person at our next Data Science Salon: Applying AI & Machine Learning To Media & Entertainment, in Los Angeles.

How Do We Remain Ethical?

The increasing accessibility of data is the cause of much excitement for advertisers. But not all customers feel the same.

The reason the data can be hard to come by is because that data relies on information that is gathered from people’s mobile usage,” Fogelson commented.  “Third-party programs can track people’s usage, but people actually have to opt in and be willing to be tracked.”

Consent, though important, takes a significant amount of time and organization which does not seem to hold much value in an industry run on instant gratification. “In a perfect world, people would read the terms of service for every product that they use and they would be able to select and decline the terms of service from that list instead of its being all or nothing,” said Fogelson.

It may be awhile before advertisers can truly rely on consumers to take charge of their own privacy standards, but in the meantime there are measures that firms could take to manage the needs of both brands and consumers. Lombardo summed up the critical question surrounding this compromise, saying “How do we anonymize our data enough so that we feel comfortable using it?”

The Future of the Advertising Industry

Even the experts have differing opinions on where AI’s impact on advertising will lead the industry. Some worry that AI’s ability to unearth optimal trajectories for business will disrupt the creation of content enough to make traditional journalism obsolete. Others believe that without advertising, there would be no content in the first place.

“The future of advertising in this oversaturated space is the rise of articles that are completely created to fulfill a threshold for certain specific clients,” said Lombardo. “In other words, it may become standard to an article that is really an ad, but looks enough like an article that people can read it and believe it is news.”

Fogelson is of the mindset that content has always been ruled by advertising and that is the consumer’s responsibility to choose the content that they feel is most authentic. “Without advertising, we wouldn’t have such capability for content. Advertising funds all the content and services we have on the Internet,” he explained. “I do agree that there will be over-saturation everywhere, but I think that’s always been the case. People with either tune the excess ads out or pay for ad-free experiences.”

This article was adapted from the Data Science Salon Podcast.